The presidential candidate of the All Progressives Congress (APC), General Muhammadu Buhari, arrived Abuja, the federal capital territory, at about 5:45 am today.

Amid a large crowd at Nnamdi Azikiwe International airport, Buhari who looked strong and healthy spoke very briefly to journalists before‎ heading for a waiting car that took him away. Journalists and party supporters had converged on the airport as early as 4:30am awaiting his arrival. 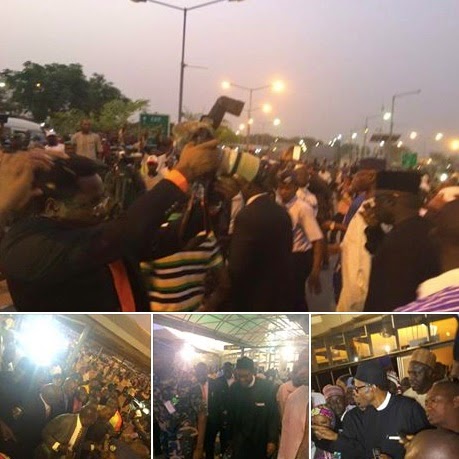 Reacting to an observation that his absence had cost his party “a lot” in the campaign, Buhari said: I don’t think so, one man does not make a party. Remember that some parties came together to form this party, so one man cannot make the party.”

Afterwards, the retired General left the scene amid a lot of shoving and pushing from over-zealous security men. Garba Shehu, APC presidential campaign spokesman, told GoldmyneTV that with the return of Buhari, the campaign would continue. “We may likely be in Onitsha tomorrow for a town hall meeting and a road show,” he said. “We are still working out the details of‎ the schedule of the campaign,” he added.

Albinos sold by their own families for £50,000 in Tanzania

Kerosene to sell at N83 – PPPRA