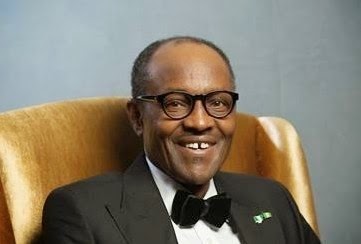 The Presidential candidate of the All Progressives Congress, Maj. Gen. Muhammadu Buhari, has said his desire not to become a hostage to anyone is the reason behind his decision to rely on the sacrifices of ordinary Nigerians to fund his campaign.

Buhari said this at a press briefing on the Maj. Gen. Muhammadu Buhari Crowd Funding Platform, in Abuja, on Tuesday.

This is even as he announced that N54, 415,386.70 had so far been received as donations through direct deposit and sale of cards.

He expressed the confidence that the financial support he was receiving from ordinary Nigerians would see him through the campaign period.

According to him, his supporters who floated the platform drew inspiration from the United States of America President, Barack Obama’s campaign.

The candidate noted that when Obama first came on the scene, he did not enjoy the support of big corporations for a variety of reasons, but that he was able to surmount this challenge when he turned to ordinary Americans who shared his dream.

Buhari said, “My strength mainly are the ordinary people and the N100 they are contributing. It is a lot of money for them but I know they will make the sacrifice especially when I said I am not going to sign the cheque to get even a kobo out of that account.

“That is why I depend on them. We are taking this idea from what we have seen in the United States when Barack Obama came out to contest, he was a coloured person, the big companies were not for him and so on.

“But he knew he had foot soldiers, so when he came up with this idea, he was able to finance his campaign without looking for money-bags or anybody influential. So, he remained independent and was not held hostage by anybody. And this is what I want to achieve.”

He said the Buhari Support Organisation currently had 82 registered support groups with over 475, 796 coordinators and a total membership in the region of 8, 492,226 across the country.

Buhari explained that the organisation intended to use the registration and donation cards to enlist the members of the groups as volunteer change agents and also to capture the spatial distribution of its donors.

While acknowledging that Nigerians were going through a difficult time, he expressed the confidence that they would make the requisite sacrifices to bring about a positive change.

He used the occasion to debunk the well publicised N27.5m loan he allegedly obtained to pay for his nomination forms.

Buhari added that he made attempts to get the leadership of the APC to reduce the amount payable for the forms but his move was rejected.

He said, “I told them that I cannot complain because I happen to be a senior member of the party. So, I put a quick call to my bank manager (and said) whatever is the state of my account, please don’t dishonour that cheque and that’s what my manager did.

“So, people developed their own stories from there and so on. What happened is between my manager and I. It is always confidential.”

Also, a group under the auspices of the House-to-House Education Initiative has announced support for Buhari’s campaign.

The National Coordinator of the group, Mr. Kunle Ehinlanwo, told newsmen in Abuja, that “our initial idea was to support the re-election of President Goodluck Jonathan believing that continuity will better serve our democracy.

“But on a deeper review and careful analysis of the situation in the country, we are not convinced with the performance of the present administration.

“We have consequently decided to throw our support in favour of Maj. Gen. Muhammadu Buhari, the Presidential candidate of the APC.”

The group said it was convinced that Buhari was a better man for the challenging job.

Accordingly, the House-to-House Educational Initiative pledged to henceforth campaign vigorously to canvass support for the election of Buhari and his running mate, Prof. Yemi Osinbajo, ahead of the 2015 general elections across the 36 states of the federation. [PUNCH]