14 The murderer rising with the light killeth the poor and needy, and in the night is as a thief.

15 The eye also of the adulterer waiteth for the twilight, saying, No eye shall see me: and disguiseth his face.

16 In the dark they dig through houses, which they had marked for themselves in the daytime: they know not the light.

18 He is swift as the waters; their portion is cursed in the earth: he beholdeth not the way of the vineyards.

19 Drought and heat consume the snow waters: so doth the grave those which have sinned.

20 The womb shall forget him; the worm shall feed sweetly on him; he shall be no more remembered; and wickedness shall be broken as a tree.

21 He evil entreateth the barren that beareth not: and doeth not good to the widow.

22 He draweth also the mighty with his power: he riseth up, and no man is sure of life.

23 Though it be given him to be in safety, whereon he resteth; yet his eyes are upon their ways.

24 They are exalted for a little while, but are gone and brought low; they are taken out of the way as all other, and cut off as the tops of the ears of corn.

25 And if it be not so now, who will make me a liar, and make my speech nothing worth?

KEY VERSE: “They are exalted for a little while, but are gone and brought low; they are taken out of the way as all other, and cut off as the tops of the ears of corn” (Job 24:24).

Experiences in life differ from person to person. Sometimes, those who seem to be faring better are those least expected. This is more so when the best things in life seem to be happening to people we consider to be undeserving of God’s favour and mercy. What many lose sight of is that irrespective of how successful a sinner is on earth, if he does not repent, he will meet with an ignoble end.

Job’s friends had concluded that the enormity of the suffering and pain he was experiencing could only be because he was a great sinner. They were wrong of course, but Job did not dispute the fact that God reserves harsh punishment for the wicked. He outlined what a wicked man looks like and likened such a person to a murderer, taking the poor and needy unawares, and killing them. He is like an adulterer who disguises himself and commits immorality under the cover of darkness. He said such a wicked person goes to any length to device his evil acts and cover up his tracks. But in the end, like a snow waters, he is consumed by drought and heat. He is broken and forgotten, and is eaten by worms in the grave. Though the wicked was initially exalted, he is soon cut down, withered and cast off with no remembrance any more.

Despite our challenges and painful experiences as believers, we must not conclude that it is the result of sin. Sometimes, God allows such experiences to make us better Christians. However, He also uses such suffering to draw attention to the fact that sin will always be judged and the outcome is fearful and fiery. It is, therefore, necessary for the sinner to retrace his steps, turn from his life of indulgences and evil, and follow Christ without wavering. Otherwise, such will court unmitigated disaster.

THOUGHT FOR THE DAY:
No sinner can escape the long arms of heaven’s law.

DCLM Daily Manna was written by Pastor W. F. Kumuyi; is the founder and General Superintendent of the Deeper Life Bible Church situated at KM 42 on the busy Lagos-Ibadan Expressway, Nigeria. 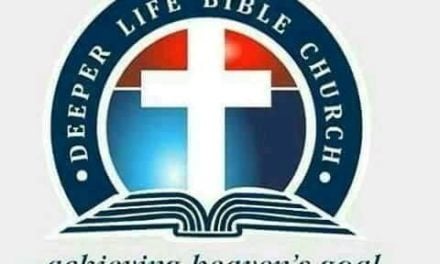