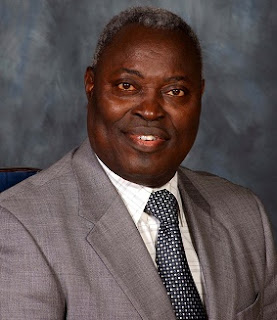 Key Verse: “Send thou men, that they may search the land of Canaan, which I give unto the children of Israel: of every tribe of their fathers shall ye send a man, every one a ruler among them” (Numbers 13:2).

Real leaders are, for the most part, known by the way they handle crises. It is easy to be called or known by the title, “leader”, -but what truly marks one out as a leader is how one is able to successfully handle a difficult situation. There are tasks that are meant for leaders. When a supposed leader fails in such task, then he disqualifies himself from being one. God, in our text, had instructed Moses to send men to spy out the land of promise. He specifically told Moses the kind of people he was to select. They were to be rulers among the people. In effect, they were to be leaders.

This is for obvious reasons. Being leaders, they were supposed to possess a measure of maturity which the generality of the people may not have. Their position was also expected to add credibility to their report. It was also expected that they possessed the spiritual maturity and an “eye” of faith to see, understand and interpret God’s dealing with them. The outcome of the expedition showed that all these men, but two, failed in their calling. Instead of being strong and courageous leaders, they turned out to be weaklings and cowards! If they had kept their fear and unbelief to themselves, it would not have been an issue. But they affected the congregation with their evil report. As a result, they caused the children of Israel forty years of wandering in the wilderness leading to the death of all adults that left Egypt except for Joshua and Caleb.

The Church is in dire need of leaders who have faith today. The may not be men of letters but let them be men of the Word! Men who have unshakable faith in the unfailing promises and power of God and are able to lead His people to rout whatever giants may be before them and possess the promised lands. Lord, give us such men today!


Thought for the day: When a leader fails, he brings down others also!

With President Jonathan, Nigeria is in Safe Hands – IBB

RHAPSODY OF REALITIES 24 JULY 2021: HE ACCOMPLISHED HIS PURPOSE

DCLM SEARCH THE SCRIPTURE 18 JULY 2021: THE MARRIAGE SUPPER OF THE LAMB