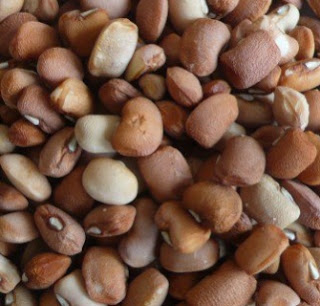 The European Union has extended its ban on importation of dried beans from Nigeria by three years because it contains “high levels of pesticide”.

Isegbe, the coordinating director of the Nigeria Agricultural Quarantine Service, disclosed this on Thursday.

The EU had banned importation of Nigeria’s dried beans in June 2015 on the ground that the produce contains high level of pesticide considered dangerous to human health.

Isegbe lamented that the extension came when the federal government and its relevant agencies were working to ensure that the June deadline to lift the ban was met.

He quoted the official journal of the EU, as accusing Nigeria of not doing enough to lift the ban during the period of suspension.

“The continued presence of dichlorvos (pesticide) in dried beans imported from Nigeria and maximum residue levels of pesticides shows that compliance with food law requirement as regards pesticide residual cannot be achieved in the short term,” he said.

“The duration of the importation prohibition should therefore be extended for an additional period of three years to allow Nigeria implement the appropriate risk-management measure and provide required guarantees.”

“The measures provided for in this regulation are in accordance with the opinion of the standing committee on Plants, Animals, Food and Feed,” Isegbe further quoted the journal as saying.

He, however, said the extension should serve as opportunity for all to put their hands together to correct the mistake.
Isegbe called for sensitisation of farmers to do the needful from the farming stage and ensure that this embarrassment do not repeat itself.