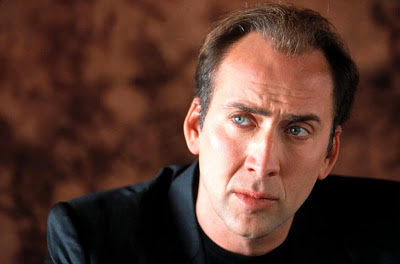 Hollywood actor Nicolas Cage has agreed to turn over a rare stolen dinosaur skull he bought for $276,000 to U.S. authorities so it can be returned to the Mongolian government.

The office of Preet Bharara, the U.S. attorney in Manhattan, filed a civil forfeiture complaint last week to take possession of the Tyrannosaurus bataar skull, which will be repatriated to Mongolia.
The lawsuit did not specifically name Cage as the owner, but Cage’s publicist confirmed that the actor bought the skull in March 2007 from a Beverly Hills gallery, I.M. Chait.

The “National Treasure” actor is not accused of wrongdoing, and authorities said he voluntarily agreed to turn over the skull after learning of the circumstances.

Alex Schack, a publicist for Cage, said in an email that the actor received a certificate of authenticity from the gallery and was first contacted by U.S. authorities in July 2014, when the Department of Homeland Security informed him that the skull might have been stolen.

Following a determination by investigators that the skull in fact had been taken illegally from Mongolia, Cage agreed to hand it over, Schack said.

Cage outbid fellow movie star Leonardo DiCaprio for the skull, according to prior news reports.

The I.M. Chait gallery had previously purchased and sold an illegally smuggled dinosaur skeleton from convicted paleontologist Eric Prokopi, whom Bharara called a “one-man black market in prehistoric fossils.”
The Chait gallery has not been accused of wrongdoing.

It was unclear whether the Nicolas Cage skull was specifically connected to Prokopi, who pleaded guilty in December 2012 to smuggling a Tyrannosaurus bataar skeleton out of Mongolia’s Gobi desert and was later sentenced to three months in prison.

As part of his guilty plea, Prokopi helped prosecutors recover at least 17 other fossils.
Assistant U.S. Attorney Martin Bell, who prosecuted Prokopi, was also the lead government lawyer in the Cage case, according to court records.