Is Buhari a President of Northern Nigeria? 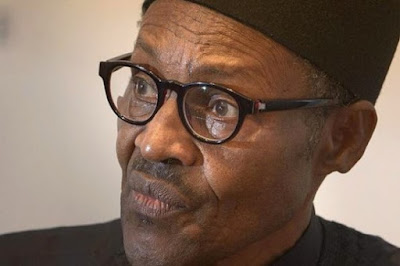 
The Vanguard newspaper reported the visit of a delegation of Northern leaders to the then president-elect Muhammadu Buhari on May 11th 2015. The delegation was led by Alhaji Maitama Sule. Sule told Buhari: “You are the president of Nigeria, you are not the president of Northern Nigeria by the grace of God”. Maitama Sule was someone you had to take seriously. I ruminated over the story for several minutes and wondered why the acclaimed orator felt the need to publicly ask Buhari to be a president for the whole of Nigeria.

We now know why and the underpinnings are quite ugly. The president needs to demonstrate that he is willing to trust Nigerians who neither speak Fulfulde nor Hausa. My assessment is that his skewed appointments speak to a lack of trust, rather than outright clannishness. The president needs to realise that he is president of the whole of Nigeria and millions of Nigerians from the streets of Kano to the parks of Lagos genuinely wish him well in office. His success is our success. No one should make light of the efforts that go into each political appointment. I do not think the president sets out to spite anybody but the idea that he is appointing people on merit despite the lopsidedness is no longer funny. If President Buhari sincerely believes that his appointments so far have been based on merit, then with all due respect, his future is in standup comedy.

The president’s inner circle seems to lack not just adequate representation but also depth and rigour. Buhari did not think he would win the elections as he did not expect President Jonathan to concede defeat. Therefore, President Buhari assumed office grossly unprepared and lacking the scintilla of a plan for governance. He had become habituated to losing elections and did not do his rudimentary homework on Nigeria’s many problems. This is quite problematic given that he contested for over 12 years. Why exactly was he running for office? Did he think he was simply going to manage oil wealth?

There are no new problems in Nigeria. Many of the problems have increased in intensity and metastasised but none of the problems is entirely new. Consequently, a diligent presidential candidate would have prepared. The president simply assumed he could show up and his “body language” — whatever that means — would keep people in check and all would be well. His command and obey personality type has not helped matters. I have a lot of respect for the military but Nigeria is not an overgrown military barracks. By personality type, temperament and proclivity, Buhari is unsuited to the rather frustrating guiles of democracy and demands of civil society.

Gains have clearly been made in the fight against Boko Haram, although we still await the rescue of all the Chibok girls. The plight of the internally displaced persons (IDPs) is a test of the basic competence of this administration. The signs are not good given the deplorable conditions of IDPs. What is going on at the camps is nothing short of state crime — in this case, elaborate criminogenic structures established by government workers in the course of their duties.

Let me assure President Buhari with the benefit of over seven years of research on the Niger Delta that there is no military solution to the problem posed by the Niger Delta Avengers. Deployment of troops may provide a temporary reprieve but in the end, the administration’s current approach is similar to taking Panadol for a heart problem. The Niger Delta Avengers are the newly minted products in the carousel of social injustice. Exterminating the Avengers to the last combatant — assuming that were probable — would provide a two-to-three year tranquility before other groups emerge. Why? The underlying factors fabricating insurgents in the Niger Delta have not been tackled. President Jonathan failed the Niger Delta. He and several Niger Delta governors did a fine job of adopting a cosmetic solution — coopting insurgent “Generals” and distributing allowances through the amnesty programme. However, the Mary Kay approach should have been followed up with serious infrastructural development in the Niger Delta. The president acknowledged via a letter dated July 21st 2015 the receipt of a copy of my book on the Niger Delta. Based on interviews with diverse participants such as Ken Saro-Wiwa (Jr.), Annkio Briggs, Asari Dokubo, and dozens of ex-agitators, and community members, among others, I hate to state that I predicted what is going on now. Government policy ought to be crafted and implemented with findings from empirical research and not transient emotions.

The president’s reluctance to publicly focus on the Fulani herdsmen’s violence that has ravaged Benue and several other states may haunt his administration and legacy. His approach to the issue has been a national embarrassment in a country where shame took off a long time ago. The president needs to show leadership and assert that human lives are more important than cattle. In addition, the handling of the issue of Biafra is the stuff that separates real statesmen from half-baked politicians. The president has not approached the South-East with the needed acumen and sophistication. He has come off as irritable and petulant. A deeper engagement with the South-East and South-South is long overdue.

The main part of the narrative is the president’s capacity. This is a combination of innate talents and acquired knowledge. There is no expectation anywhere in the world that a Head of State would have answers to all things. However, a leader must be a mop for knowledge. Buhari’s hermitic lifestyle after leaving the military and following each electoral loss was not adequate preparation for governance. He is the only former Head of State with no known involvement in think-tanks or any foundation executing humanitarian projects.

Buhari’s repertoire of knowledge has unraveled in the face of “modern” challenges. I doubt that the president is teachable and I feel sorry for his advisers. I have come to the conclusion based on the evidence of the last one year that the president either lacks the humility to learn or is simply bereft of the capacity to adapt to 21st century leadership. Each of these two problems is in and of itself debilitating; to have both reposed in a president is the road to systemic paralysis. We are in terrible company. It is the singular reason why Africa is not rising despite the optimism of the last few years.

All hope is not lost. I continue to believe that Buhari’s administration may yet leave Nigeria better than it was in 2015 if the president focuses on his current term and banishes the temptation to seek a second term. The math is simple: President Buhari cannot win a second term under a free and fair atmosphere. Besides, everything he stands for would be negated in the quest for a second term. His second term as I stated in an open letter to the president would be similar to Obasanjo’s third term project.

‘Tope Oriola is professor of criminology at the University of Alberta, Canada. Twitter:@topeoriola

TREM’s Daily 8 November 2017 Devotional by Dr. Mike Okonkwo – You Have Been Blessed