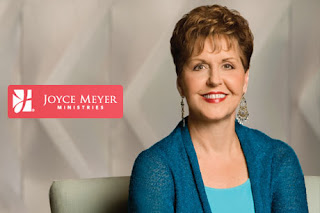 Lean on, trust in, and be confident in the Lord with all your heart and mind and do not rely on your own insight or understanding. In all your ways know, recognize, and acknowledge Him, and He will direct and make straight and plain your paths. — Proverbs 3:5-6

I usually know what I want, and I like to get it. I’m exactly like most people. When we don’t get what we want, our negative feelings flare up. (And remember those feelings began with thoughts.)

“I drove across town to buy that dress, and you’re out of my size?”

“What do you mean there are no HD TVs left? You advertised it in the paper.”

Most of us are like that—and when we don’t get what we want, we make people around us miserable. It’s not something we learn in school—it may be inborn.

As I wrote the above quotations, I thought of a scene in the grocery store. A young mother was pushing her cart along and stopped at the cereal. Her child—less than two years old—reached out for a box. “Want! Want!”

“No,” the mother said. “We have plenty at home.” She put a different box of cereal in the cart.

“Want! Want!” the child said. Getting no response, she began to kick and scream. To the mother’s credit, she did not give in but pushed the cart to another aisle and distracted her child.

As I watched that behavior, I thought, That’s the way we all are most of the time. We decide what we want, and when we don’t get it, we’re angry.

“Jack and I were both up for the same promotion. I’ve been with the company longer, and my sales figures are stronger,” Donna said. “I deserved it, but he got the job.”

“I had a grade of 98 going into my final essay test,” Angie said. “If I had made another 100, it would have given me a 4.0 average, and I would have become the top student in my graduating class. But I made only 83 on the test, and dropped down to fifth in my class. I deserved a grade of 100, but my teacher doesn’t like me.”

Let’s look at this problem more closely. The individuals mentioned above, who didn’t get what they wanted, made one common statement: “I deserved it, but I didn’t get it.”

Too often, we Christians expect life to be perfect and for everything to go smoothly for us. We expect success, happiness, joy, peace, and everything else. When we’re thwarted, we pout or complain.

Although God does want us to have a good life, there will be times when we must be patient and endure not getting our way. These disappointments test our character and level of spiritual maturity. They actually show whether or not we truly are ready for promotion.

Why do we think we should always be first while others have to endure a lesser position? Why do we think we are entitled to the perfect life? Perhaps sometimes we think more highly of ourselves than we ought to. A humble mind enables us to take a back seat and wait for God to move us to the front. God’s Word says that we inherit the promises through faith and patience. Believing God is good, but can we continue to believe God and trust Him when we don’t feel that life is fair?

Satan plays with our minds. Most of the time, the evil one says negative things to us: “You don’t deserve it; you are worthless; you’re stupid.” Once in a while, however, he tries a different trick: He tells us how hard we work or how much we’re entitled to. If we listen and believe, we may begin to feel cheated or believe that someone has taken advantage of us.

When we don’t get what we want, we fall apart, saying, “I deserved it!” We not only get angry with the boss, the teacher, or anyone else, but we sometimes get angry with God for not giving us what we felt we deserved.

The big mistake was to say we deserved it, because then self-pity creeps in when we don’t get what we want. We can take that attitude, or we can recognize that we have a choice. I can choose to accept life the way it is and make the best out of it, or I can complain because it isn’t perfect.

I think of the story of Jonah—not the whale story—but what happened afterward. He had announced that in forty days, God would destroy the city of Nineveh, but the people repented. Because God listened to their cries, Jonah was angry. Therefore now, O Lord, I beseech You, take my life from me, for it is better for me to die than to live. (Jonah 4:3).

Sad, isn’t it? Jonah would rather have been right than to see 120,000 people saved. Our situations aren’t usually that dramatic, but so many people would rather sit and feel sorry for themselves, listen to the whispers of Satan, and miss out with God than to simply trust God in every situation.

The secret of the Christian life is that we commit ourselves fully to God. If we surrender our wills to God, what happens doesn’t make us angry. If God doesn’t give us what we want and ask for, our faith is strong enough to say, “Not my will, but Yours.”

God, help me. I often have strong desires, and when I don’t get what I want, I get upset. Forgive me. Remind me that Jesus didn’t want to die on the cross, but He lived in total submission to Your will. I ask You, through Jesus Christ, to help me live in total submission and be content with what You give me. Amen.

Photos: 55-year-old woman, on her way to Medina excretes 82 wraps of cocaine