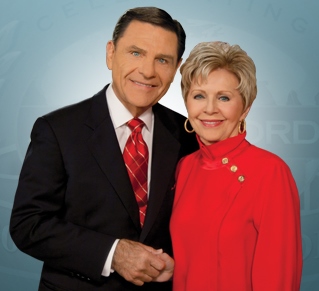 
But the anointing which ye have received of [God] abideth in you, and ye need not that any man teach you: but as the same anointing teacheth you of all things, and is truth. – 1 John 2:27

Have you ever noticed that you are sometimes aware of certain things even before you know what the Word says about them? That’s because the Holy Spirit is inside you teaching you the truth. He speaks into your spirit. Then your spirit relays His promptings to your mind. Suddenly, you’ll have a new thought. I need to forgive that person, you’ll think, or I need to stop saying those unkind things.

As you become more aware of the Spirit of God in your everyday affairs, you’ll be quicker to hear and obey those promptings. You’ll actually get in the habit of allowing the Spirit of Truth to reveal the will of God to you. And, believe me, that’s one habit God wants you to have!

One of the first things that the Spirit said to me when I began to listen to His promptings was, Spend more time in prayer. As I obeyed, I began to be impressed to spend at least one hour a day in prayer. After I’d begun to do that, He revealed it to me in His Word (Matthew 26:40).

Since then, I have talked with people from all over the world who are hearing the same thing. Believers everywhere are hearing the Spirit of God direct them to more prayer.

God hasn’t given the Holy Spirit to just a few special Christians. He’s given Him to all of us. And if we’ll just learn to be sensitive to His voice, He’ll guide us into all truth!

Think about how different your life would be if you knew the truth of God about every situation! Doesn’t that just make you want to listen to your spirit? Doesn’t it make you want to be on the keen edge of what God is saying?

Start tuning your ear to His still, small voice within you. Honor Him and welcome His guidance into your everyday affairs. Listen for His promptings and be quick to obey. He’s ready to speak to you.

This message was written by Kenneth and Gloria Copeland, the leader of the Kenneth Copeland Ministries (www.KCM.org) that specializes in teaching principles of bible faith – prayer, healing, salvation and other biblical topics.