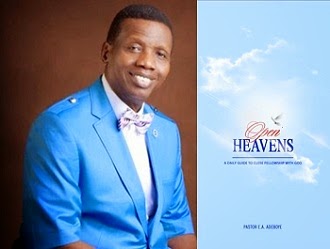 Memorise: And when the Lord saw her, he had compassion on her, and said unto her, Weep not. – Luke 7:13

12 Now when he came nigh to the gate of the city, behold, there was a dead man carried out, the only son of his mother, and she was a widow: and much people of the city was with her.

13 And when the Lord saw her, he had compassion on her, and said unto her, Weep not.

14 And he came and touched the bier: and they that bare him stood still. And he said, Young man, I say unto thee, Arise.

15 And he that was dead sat up, and began to speak. And he delivered him to his mother.

At many times, the compassion that we as human beings show towards the plight of others cannot go beyond sympathising with them. This is especially so in the face of serious and intimidating needs, pains or sorrowful incidents. We plead with others, speak words of encouragement and consolation, and of course we pray with them. This is understandable, but why is it so? It is so because we are humans and not God, creatures and not the Creator. With God however, it is a different situation.

God’s compassion always leads to a definite action that brings about a change in the situation and experience of the one on whom He shows compassion. Someone actually described God’s compassion as mercy in action. Divine action always accompanies divine compassion, to the extent that the most hopeless situation can be brought back to life again, just like it happened in the case of the dead body of Lazarus, which had been in the grave for four (4) days, but was brought back to life again (John 11). What is that situation in your life that is considered hopeless and for which you are tired of human limited compassionate expressions. In the Name of Jesus, your case will receive the attention of God’s compassion this season and shall be transformed.

Consider the case of the widow in our Bible text. Humanly speaking, her case of tragedy had gotten to a point of no return by reason of the demise of her only source of consolation, following the death of her husband (i.e. her only son). Indeed, she received a great outpouring of limited human compassion, which could not go beyond weeping and wailing along with her, and accompanying her with the remains of her son to his grave. Just then, a drastic turn to her situation occurred because the divine compassion of God in Jesus Christ met her. I say to you in that trouble of yours, God’s compassion is engaging you for a complete turn-around now in Jesus’ Name. The Bible records in Luke 7:13-15 that:

“And when the Lord saw her, he had compassion on her, and said unto her, Weep not. And he came and touched the bier: and they that bare him stood still. And he said, Young man, I say unto thee, Arise. And he that was dead sat up, and began to speak. And he delivered him to his mother.“

Hallelujah! God will have compassion on you and you will have testimonies in Jesus’ Name.

Action Point: Pick an issue confronting you or your family, ask that the compassion of God be made manifest in that situation in Jesus’ Name. Open Heavens 2014: Tuesday December 2, daily devotion by Pastor E. A. Adeboye – Wait For Your Harvest I