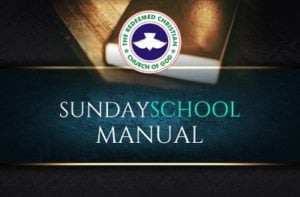 MEMORY VERSE: “A devout man, and one that feared God with all his house, which gave much alms to the people, and prayed to God alway.” – Acts 10:2 (scroll down for SUNDAY SCHOOL HYMN)

1 There was a certain man in Caesarea called Cornelius, a centurion of the band called the Italian band,

2 A devout man, and one that feared God with all his house, which gave much alms to the people, and prayed to God alway.

3 He saw in a vision evidently about the ninth hour of the day an angel of God coming in to him, and saying unto him, Cornelius.

4 And when he looked on him, he was afraid, and said, What is it, Lord? And he said unto him, Thy prayers and thine alms are come up for a memorial before God.

5 And now send men to Joppa, and call for one Simon, whose surname is Peter:

6 He lodgeth with one Simon a tanner, whose house is by the sea side: he shall tell thee what thou oughtest to do.

Cornelius was a Roman centurion, of the band called the Italian band (Acts 10:1), stationed at Caesarea in Palestine. He was supposed to have been of a distinguished family in Rome. Cornelius had evidently been led by the Holy Spirit to renounce idolatry, to worship the true God, and to lead a devout and beneficent life. He was prepared to receive the Savior, and God did not fail to reveal Himself. Cornelius was miraculously directed to send for Peter, who was also miraculously prepared to attend the summons. He was also ‘’the first gentile convert’’, and the story of his reception of the gospel shows how God broke down the partition-wall between Jews and Gentiles.

1. Character and achievements
2. Lessons from his life

Cornelius was a devout man who feared God of Israel (Acts 10:2a). He was generous and charitable. He gave money to the poor (Acts 10:2b). He prayed to God constantly (Acts 10:2c).

An angel appeared to him in a vision (Acts 10:3) and told him that his prayers and his gifts to the poor had come up before God as a memorial (Acts 10:4). The angel also instructed him to send to Joppa for Simon (Peter) who would tell him words by which he and his household would be saved (Acts 11:14).

Cornelius called his relatives and close friends to gather with his household so they might also hear what Peter would say (Acts 10:24). While Peter was talking to Cornelius and the others, the Holy Spirit fell upon all those who heard the word (Acts 10:44).

Cornelius and those with him were the first Gentiles, non-Jewish, converts. Their conversion was evidence that God had ‘’also granted to the Gentile repentance unto life’’ (Acts 11:18). They were baptised in water and admitted into the Christian church (Acts 10:44-48).

LESSONS FROM HIS LIFE:

2. Generous giving to the needy and constant prayers can reach the throne of God Himself (Acts 10:4)

3. Although Cornelius, and undoubtedly many in his household and among the relatives and close friends, was religious, he still needed to be saved-born again (John 3:3-8).

5. Try to make certain all your household, relatives and close friends hear the words of the gospel and know what they must do to be saved.

The heart of Cornelius was drawn towards godliness and God arranged for his salvation. He carried everyone around him along and God touched them all.

1. Describe the character and achievements of Cornelius.
2. What lesson can we learn from the life of CCORNELIUS

1. O Sunday School, on the Lord’s day,
O how I love Thee well,
I am happy, it makes me glad
To rejoice at Thy birth.

2. O Sunday School, on the Lord’s day, Thy friendship suits me well,
Both young and old will sing Thy song,
We long for Sunday School.

3. O Sunday School, on the Lord’s day,
Christ was Thy first teacher,
The Holy Spirit, great teacher,
Does manifest in thee.

4. O Sunday School, on the Lord’s day,
This testimony is sure,
That God, the Father Almighty,
Poured His blessing on Thee.

5. O Sunday School, on the Lord’s day,
Though the sun be so bright,
Or if the clouds black with rain,
I’ll be in Sunday School.

6. O Sunday School, on the Lord’s day,
I rejoice to see Thee,
Will thou pass over me today?
Without my being blest? 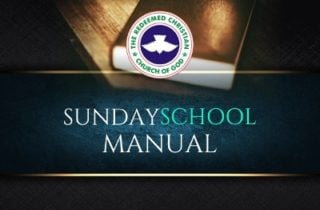 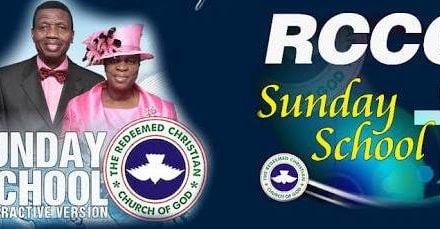 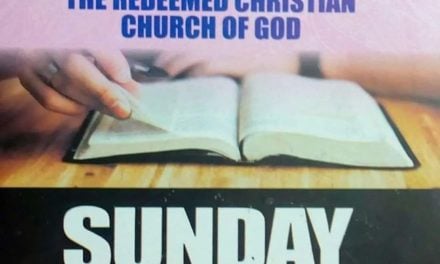 Rhapsody Of Realities 1 December 2021: There’s Enough Power In You