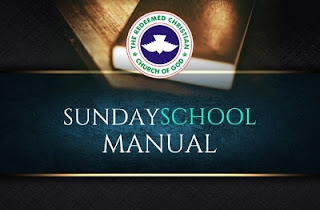 MEMORY VERSE: “And the LORD said unto Satan, Hast thou considered my servant Job, that there is none like him in the earth, a perfect and an upright man, one that feareth God, and escheweth evil?” – Job 1:8

1 And Joseph was brought down to Egypt; and Potiphar, an officer of Pharaoh, captain of the guard, an Egyptian, bought him of the hands of the Ishmeelites, which had brought him down thither.

2 And the LORD was with Joseph, and he was a prosperous man; and he was in the house of his master the Egyptian.

4 And Joseph found grace in his sight, and he served him: and he made him overseer over his house, and all that he had he put into his hand.

6 And he left all that he had in Joseph’s hand; and he knew not ought he had, save the bread which he did eat. And Joseph was a goodly person, and well favoured.

7 And it came to pass after these things, that his master’s wife cast her eyes upon Joseph; and she said, Lie with me.

8 But he refused, and said unto his master’s wife, Behold, my master wotteth not what is with me in the house, and he hath committed all that he hath to my hand;

9 There is none greater in this house than I; neither hath he kept back any thing from me but thee, because thou art his wife: how then can I do this great wickedness, and sin against God?

10 And it came to pass, as she spake to Joseph day by day, that he hearkened not unto her, to lie by her, or to be with her.

11 And it came to pass about this time, that Joseph went into the house to do his business; and there was none of the men of the house there within.

12 And she caught him by his garment, saying, Lie with me: and he left his garment in her hand, and fled, and got him out.

13 And it came to pass, when she saw that he had left his garment in her hand, and was fled forth,

INTRODUCTION:
Men and women of integrity are very few, even among the so called children of God. Are you a man or woman of integrity? Can God vouch for you as He did for Job (Job 2:3)? King David in Psalm 25:21 affirmed by saying “let integrity and uprightness preserve me; for I wait on thee.”

CONCLUSION:
God is pure and He expects His children to be pure too (Matthew 5:48, 2Timothy 2:19). No matter your claims, if you are not a man or woman of integrity, your Christianity is questionable. Remember that only the pure in heart shall see God (Matthew 5:8).

QUESTIONS:
1. In what areas are we expected to show integrity?
2. Mention some rewards of integrity.