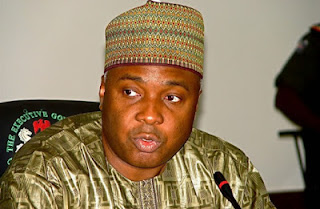 The attention of the Media Office of the Senate President has been drawn to a story making the rounds to the effect that the Senate does not need to screen or confirm the new Service Chiefs appointed by President Muhammadu Buhari.

Let it be known that his comment is now being misinterpreted to say the Senate will neither screen nor confirm the new Service Chiefs. This is far from the truth.

For the avoidance of doubt, Saraki has said his comment is without prejudice to extant laws and court pronouncements on the issue and therefore that the Senate will do the needful when the list of the new Service Chiefs is sent to it by Mr. President.

Saraki in a new tweet today said: “This is to clarify the earlier position which was not up to date and does not represent the position of the Senate President on the issue of screening of the newly appointed service chiefs . The Senate will perform its constitutional duty when it receives communication from the President on the appointments.

CBN releases guidelines for disbursement of the N300 billion