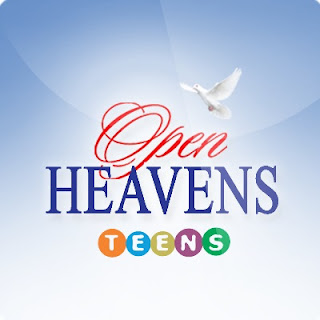 
Memorise: But Daniel purposed in his heart that he would not defile himself with the portion of the king’s meat, nor with the wine which he drank: therefore he requested of the prince of the eunuchs that he might not defile himself. Daniel 1:8

9 Now God had brought Daniel into favour and tender love with the prince of the eunuchs.

10 And the prince of the eunuchs said unto Daniel, I fear my lord the king, who hath appointed your meat and your drink: for why should he see your faces worse liking than the children which are of your sort? then shall ye make me endanger my head to the king.

11 Then said Daniel to Melzar, whom the prince of the eunuchs had set over Daniel, Hananiah, Mishael, and Azariah,

12 Prove thy servants, I beseech thee, ten days; and let them give us pulse to eat, and water to drink.

13 Then let our countenances be looked upon before thee, and the countenance of the children that eat of the portion of the king’s meat: and as thou seest, deal with thy servants.

14 So he consented to them in this matter, and proved them ten days.

15 And at the end of ten days their countenances appeared fairer and fatter in flesh than all the children which did eat the portion of the king’s meat.

16 Thus Melzar took away the portion of their meat, and the wine that they should drink; and gave them pulse.

According to 1 Peter 2:9, to shine means to be peculiar. Those who are peculiar are usually different. It also means to stand out from the crowd. To shine, you must be willing to be different. Acts 19:11-12 says that God performed special miracles through Paul who was willing to shine. Do you know that God is ready to use you to do the impossible? Do you know that everything you need to succeed is already prepared by God? The problem is that many of us are not willing: we often do not want to be set apart from the rest of the crowd. Do you know some of us keep God on His toes? He is ever ready but are we?

Another reason why many cannot shine is because we refuse to pay the price to shine. God will not ask you to pay the price that you cannot. He is no taskmaster. If you are special, your standard must be quite high. Let your consecration and loyalty level be different. Are you prepared to pray more intensively, worship more in spirit and truth and study the Bible as never before? Are you prepared to make sacrifices for the kingdom of God? It is what you are prepared to give up or do that will determine what God is willing to give out to you.

Key Point: Ask God for the grace to be positively different

1. Stand up! stand up for Jesus,
Ye soldiers of the Cross!
Lift high His royal banner,
It must not suffer loss.
From vict’ry unto vict’ry
His army shall He lead,
Till every foe is vanquished,
And Christ is Lord indeed.

2. Stand up, stand up for Jesus,
The solemn watchword hear;
If while ye sleep he suffers,
Away with shame and fear.
Where’re yeah meet with evil,
Within you or without,
Charge for the God of battles,
And put the foe to rout.

3. Stand up! stand up for Jesus !
Stand in His strength alone;
The arm of flesh will fail you,
Ye dare not trust your own.
Put on the gospel armour,
And watching unto prayer;
Where duty calls, or danger,
Be never wanting there.

4. Stand up! stand up for Jesus!
The strife will not be long;
This day the noise of battle,
The next the victor’s song.
To him that overcometh
A crown of life shall be;
He with the King of glory
Shall reign eternally. Teens’ Open Heavens 26 February 2018 by Pastor Adeboye – You Will Make It!