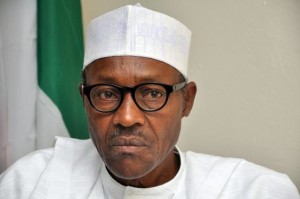 President Muhammadu Buhari says his administration has been able to save N2.2 trillion for the country, within three months, through the enforcement of the Treasury Single Account, TSA.

Buhari revealed this on Thursday night, in London during a meeting with Nigerians resident in the city.

President Buhari said that when he took over, the Nigerian National Petroleum Cooperation, had over 45 accounts scattered in different banks, while adding that the same situation was prevalent in the military.

He said: “We are really in trouble. What we discovered was that we tried to enforce what we called treasury single account, TSA. And the reason was simple. This government did not initiate it. It was the previous government. But it was so unpopular to the bureaucracy and the previous government for its own reasons couldn’t enforce it. But when we came and found that we were broke, we said this is the way to do it. And I will just tell you two examples to convince you.”

“First, NNPC, the cow that was giving the milk had more than 45 accounts, ministry of defense, that is the military Army, Navy and air force had over 70 accounts. Tell me which account we can trace in these several accounts. So we enforce TSA. We said there must be TSA.”

“By the end of December, coming to January this year, that is last month, we mopped up more than N2.2trn which we have used through the bureaucracy system to raise vouchers and sign cheques so that they don’t go into the next budget.”

Furthermore, the President disclosed that some Nigerians were behind the current economic crisis, noting that most directors of the Central Bank of Nigeria, owned and operated some of the Bureau De Change outfits through which they raked in the foreign exchanges.

“We found out, when I say we, I mean present federal government, that some of the directors in the central bank own the bureau de change businesses. So when the foreign exchange comes, they take it and give government the change. So we stopped the Federal Government giving bureau de change foreign exchange. “Fellow country men and women, I am giving you a tip of the iceberg of the problem we inherited and we are getting so hard because we have no other way of running the country unless we make everybody accountable.”

Grace to Carry On

Pastor Faith Oyedepo: Wednesday February 11, 2015 Daily Devotional – Was This Part Of The Plan