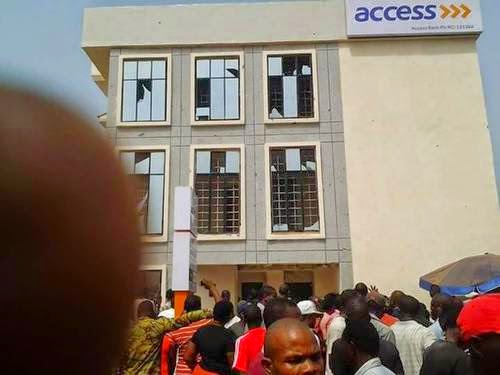 In a dramatic scene today, Nigerian policemen on patrol fled for their lives when a group of armed robbers stormed the Access Bank in Agbor, along old Lagos-Asaba road, Ika South Local Government Area of Delta State.

According to SaharaReporters, the suspects, numbering approximately seven and armed with sophisticated weapons, stormed the bank in a Toyota vehicle around 2 p.m., shooting into the air as customers and bank employees scampered for safety. The suspects allegedly killed a policeman said to be working with the bank. 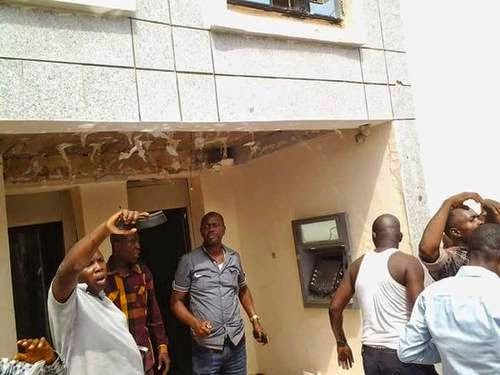 Eyewitness accounts disclosed that the alleged thieves were eventually overpowered by the
operatives of the Nigerian army on patrol in the area who also killed one of the suspects on the spot.
But when the shooting was on, police on patrol took to their heels, driving off before the soldiers arrived. A witness told SaharaReporters:

At press time, Delta state Police Public Relations Officer (PPRO), DSP Celestina Kalu was unavailable. A police source, who asked for anonymity, confirmed the story but said the escaped members of the gang were already being pursued by the men of the command. 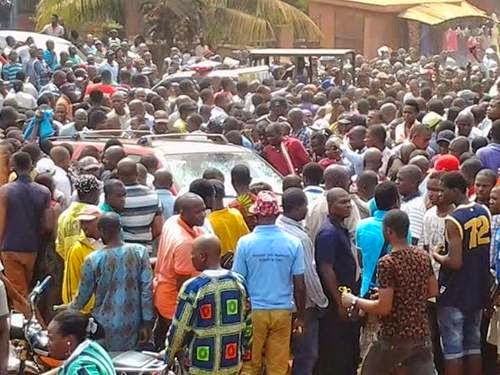 Patience Jonathan tells EFCC: Lift restriction on my accounts, the $15m is for medical bills