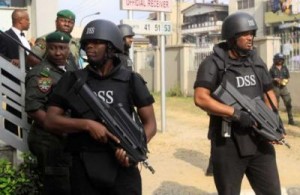 The Department of State Services (DSS) announced yesterday it had uncovered a plot to bomb Nigeria’s largest computer market, the Computer Village in Ikeja, Lagos.

It named one Chidiebere Onwudiwe, a graduate of Mechanical and Chemical Engineering and local members of the Indigenous People of Biafra (IPOB) as the brains behind the plot.

Onwudiwe is currently under arrest.

The DSS said in a statement that the suspect was working with foreign and local members of IPOD to perfect the plot.

It also claimed to have uncovered another plot to bomb worship centres and parks during the coming Eid el Fitri festivities.

Donald Trump: We need to get Nigerians out of America