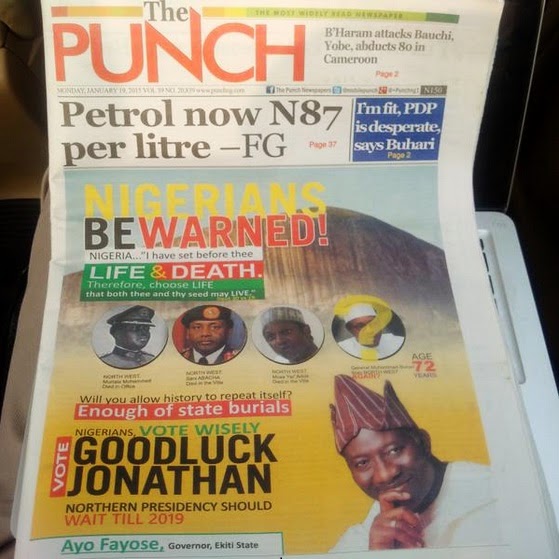 An advert by Ekiti Governor, Ayo Fayose has sent the Nation reeling in outrage. The ad shows Nigeria’s past leaders (Abacha, Murtala Muhammed, Musa Yar’Adua…) and after that, the photograph of General Muhammadu Buhari with a question mark over his image. Underneath is the caption “will you allow history to repeat itself?” and “Enough of state burials! Nigerians, Vote Wisely: Vote Goodluck Jonathan. Northern Presidency should wait until 2019.”

This advert campaign is a thinly veiled attack on General Muhammadu Buhari’s health, obviously. Nigerians have picked up on this and the vox populi is that the Ayo Fayose ad was in really poor taste.

A nairaland user remarked: “So It is time to use death as campaign? This is really sad. Politics has always been a dirty game, I just never knew it could get this dirty and ugly. What a shame. How can these pdp members be this clueless and extremely daft? I’m really irritated with this development.”

A Twitter user, @Ayourb, said: “Who tells Fayose that Buhari will die before himself? Who can determine the day of another’s death except God?” 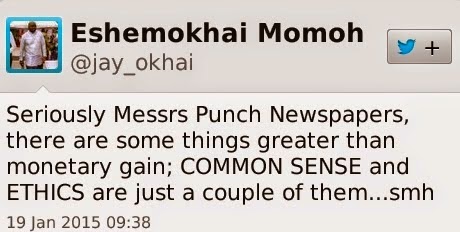 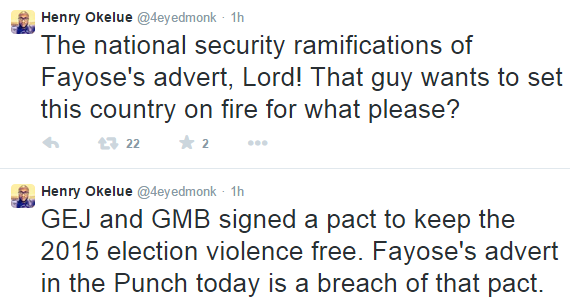 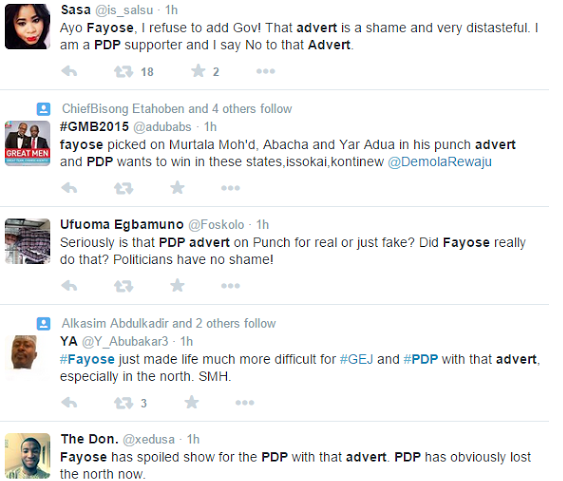 Open Heavens 2 September 2015: Wednesday daily devotion by Pastor E. A. Adeboye – The Majesty of His Person

Open Heavens For TEENS: Thursday 5 October 2017 by Pastor Adeboye – Thieves In The Sanctuary

Compassion is Key to Addiction Recovery