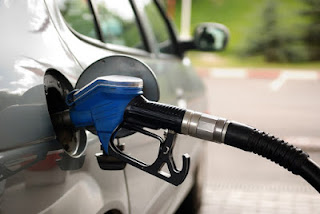 Former and present Group Managing Directors of the Nigerian National Petroleum Corporation have expressed fears that the current pump price of N145 per litre is no longer feasible.

They said the amount does not correspond with the price-determining components of the commodity and the fluctuations of the foreign exchange rate.

They stated this after a one-day meeting they held with the Minister of State for Petroleum Resources, Dr. Ibe Kachikwu, in Abuja.

The NNPC in its statement said, “They (the GMDs) noted that the petrol price of N145/litre is not congruent with the liberalisation policy especially with the foreign exchange rate and other price determining components such as crude cost, Nigerian Ports Authority charges, etc remaining uncapped.”

The declaration of the NNPC present and past bosses confirmed a report in which oil marketers revealed that the actual or real cost of petrol was N151.87 when all the pricing components are adequately captured.

The marketers had stated that they were struggling to maintain petrol price at N145 per litre because of the stiff competition in the downstream oil sector, but stressed that the practice was not sustainable.

The GMDs, however, commended the NNPC for resolving the fuel supply crisis and urged the corporation to come up with measures that will ensure sustenance of seamless supply of petroleum products nationwide.

According to the corporation, the GMDs expressed concerns about the declining crude oil production level and its consequences on the environment and the nation’s revenue.

They further agreed that if the current situation remains unchecked, it could lead to the crippling of the corporation and the nation’s oil and gas sector which is the mainstay of the Nigerian economy.

The Nigeria Labour Congress, Trade Union Congress, Afenifere, former federal lawmakers, security experts and rights activists, however, warned the President Muhammadu Buhari administration not to contemplate any further increase in the pump price of petroleum products in the country

The General Secretary of the NLC, Dr. Peter Ozo-Eson, who stated this in an interview with newsmen, said Nigerians would not accept further fuel price increment.

Ozo-Eson had warned the government earlier this week against increasing the pump price of petroleum products in the country.

He said, “We had given a warning before that Nigerians cannot take any further increase, that they shouldn’t do it.

“That remains our position, and if they go ahead and do it, it is up to Nigerians to say how they want to respond to it. But we remain opposed to any new increase in the price of petroleum product.”

No Safe Haven in This World