The stress test on banks 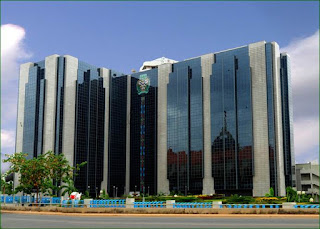 Written by the Editorial Board of The Guardian Newspaper

The Central Bank of Nigeria’s (CBN) reported ‘‘stress tests” on all the deposit money banks (DMBs) in the country should not be misunderstood, against the background of the recent intervention of the CBN in one of the banks. Apprehensions have expectedly been raised regarding the state of health of banks in the country, despite consistent assurances by the apex bank that no bank is at the risk of being distressed. But this should not be.

Given the current state of the national economy that is confronted with recession, it is understandable that the citizenry is concerned. It is however, necessary for the general public to understand that one of the primary functions and responsibilities of the CBN is to ensure that the banking system is healthy, sound, resilient and sustainable.

Beyond this, the apex bank also has the important responsibility of ensuring that deposits in banks are protected. Towards the attainment of these mandates, it undertakes a number of actions and exercises including regulations, supervisions and examinations of banks and conducting stress tests on banks is one of such exercises. In its simplest form, stress-testing a bank or the banking system involves assessing and evaluating the health, soundness, stability and sustainability of the bank or the entire banking system which should not engender any panic.

The aim is to determine the ability of a bank to withstand internal and/or external shocks that may arise from the risks (including credit risk, interest rate risk and foreign exchange risk) inherent in banking business. While on single bank basis, the test facilitates an assessment and evaluation of solvency status, on an industry-wide basis, it is about the status of the entire industry. In its totality, banking industry stress test assists the CBN to have firsthand knowledge of the vulnerability of the banking system to shocks that may arise from inherent risks in the system.

In most cases, not many people within the Nigerian economy get to know when the CBN undertakes this exercise. And because of the importance, the enormity of work involved and the interest of the Nigeria Deposit Insurance Corporation (NDIC) in the safety of the deposits it insured, the CBN and NDIC often carry out joint stress tests on banks and the banking system. It is in the outcome of or findings from such exercises that the regulators and supervisors, CBN and NDIC, of the banking system are able to figure out the state of banks and determine actions to be taken, especially if there are signs that danger lurks around the corner.

If the CBN had not conducted stress tests on banks, it would have been very difficult, if not impossible for it to detect /discover on time any bank tending towards distress. Further, it would also have been herculean for quick and suitable actions to have been envisioned and implemented to remedy the situation.

On the whole therefore, bank stress tests are conducted in the best interest of depositors, the general banking public and the entire economy as well as owners and managers of banks. The tests being for the good of all should not only be conducted by the CBN periodically but also with more vigour, commitment and intensity to nip in the bud any emergent negative signals and symptoms that may get a bank in the country into distress and possibly liquidation. That way, the health, soundness, stability and sustainability of banks in Nigeria, the banking system and the economy can be better guaranteed.

That stated, the CBN given expected sensitivity to happenings in the banking industry, should appreciate that information on bank stress tests should not be for public consumption. The word ‘stress’ may convey varying meanings and signals to different persons and groups, depending on their level of understanding and knowledge of banking and finance. A majority of the people is likely to misinterpret the essence of such important exercises. The slightest misinformation or misunderstanding of an otherwise well intended pronouncements from such an institution as the CBN, may lead to reactions that may endanger the banking system and worsen an economy already in recession.

It is thus advised that the apex bank should manage communications better. That would help prevent overheating the environment and checkmate panic withdrawals from or a run on banks in the country. Nigeria needs stability in all sectors of the economy but much more in the banking industry.

No money was embezzled on Kpopie-Bodo road project….Wike is lying – Senator Abe

Joel and Victoria Osteen’s daily devotional May 17, 2017 – Rest for Your Soul