16 And the Philistine drew near morning and evening, and presented himself forty days.

17 And Jesse said unto David his son, Take now for thy brethren an ephah of this parched corn, and these ten loaves, and run to the camp of thy brethren;

18 And carry these ten cheeses unto the captain of their thousand, and look how thy brethren fare, and take their pledge.

19 Now Saul, and they, and all the men of Israel, were in the valley of Elah, fighting with the Philistines.

20 And David rose up early in the morning, and left the sheep with a keeper, and took, and went, as Jesse had commanded him; and he came to the trench, as the host was going forth to the fight, and shouted for the battle.

21 For Israel and the Philistines had put the battle in array, army against army.

22 And David left his carriage in the hand of the keeper of the carriage, and ran into the army, and came and saluted his brethren.

23 And as he talked with them, behold, there came up the champion, the Philistine of Gath, Goliath by name, out of the armies of the Philistines, and spake according to the same words: and David heard them.

24 And all the men of Israel, when they saw the man, fled from him, and were sore afraid.

25 And the men of Israel said, Have ye seen this man that is come up? surely to defy Israel is he come up: and it shall be, that the man who killeth him, the king will enrich him with great riches, and will give him his daughter, and make his father’s house free in Israel.

26 And David spake to the men that stood by him, saying, What shall be done to the man that killeth this Philistine, and taketh away the reproach from Israel? for who is this uncircumcised Philistine, that he should defy the armies of the living God?

27 And the people answered him after this manner, saying, So shall it be done to the man that killeth him.

28 And Eliab his eldest brother heard when he spake unto the men; and Eliab’s anger was kindled against David, and he said, Why camest thou down hither? and with whom hast thou left those few sheep in the wilderness? I know thy pride, and the naughtiness of thine heart; for thou art come down that thou mightest see the battle.

29 And David said, What have I now done? Is there not a cause?

30 And he turned from him toward another, and spake after the same manner: and the people answered him again after the former manner.

31 And when the words were heard which David spake, they rehearsed them before Saul: and he sent for him.

32 And David said to Saul, Let no man’s heart fail because of him; thy servant will go and fight with this Philistine.

33 And Saul said to David, Thou art not able to go against this Philistine to fight with him: for thou art but a youth, and he a man of war from his youth.

34 And David said unto Saul, Thy servant kept his father’s sheep, and there came a lion, and a bear, and took a lamb out of the flock:

36 Thy servant slew both the lion and the bear: and this uncircumcised Philistine shall be as one of them, seeing he hath defied the armies of the living God.

38 And Saul armed David with his armour, and he put an helmet of brass upon his head; also he armed him with a coat of mail.

39 And David girded his sword upon his armour, and he assayed to go; for he had not proved it. And David said unto Saul, I cannot go with these; for I have not proved them. And David put them off him.

40 And he took his staff in his hand, and chose him five smooth stones out of the brook, and put them in a shepherd’s bag which he had, even in a scrip; and his sling was in his hand: and he drew near to the Philistine.

41 And the Philistine came on and drew near unto David; and the man that bare the shield went before him.

42 And when the Philistine looked about, and saw David, he disdained him: for he was but a youth, and ruddy, and of a fair countenance.

44 And the Philistine said to David, Come to me, and I will give thy flesh unto the fowls of the air, and to the beasts of the field.

45 Then said David to the Philistine, Thou comest to me with a sword, and with a spear, and with a shield: but I come to thee in the name of the Lord of hosts, the God of the armies of Israel, whom thou hast defied.

46 This day will the Lord deliver thee into mine hand; and I will smite thee, and take thine head from thee; and I will give the carcases of the host of the Philistines this day unto the fowls of the air, and to the wild beasts of the earth; that all the earth may know that there is a God in Israel.

47 And all this assembly shall know that the Lord saveth not with sword and spear: for the battle is the Lord’s, and he will give you into our hands.

48 And it came to pass, when the Philistine arose, and came, and drew nigh to meet David, that David hastened, and ran toward the army to meet the Philistine.

49 And David put his hand in his bag, and took thence a stone, and slang it, and smote the Philistine in his forehead, that the stone sunk into his forehead; and he fell upon his face to the earth.

50 So David prevailed over the Philistine with a sling and with a stone, and smote the Philistine, and slew him; but there was no sword in the hand of David.

MEMORY VERSE: “And all this assembly shall know that the Lord saveth not with sword and spear: for the battle is the Lord’s, and he will give you into our hands.” – 1 Samuel 17:47

MOTIVATIONAL QUOTES:
Confidence in God gives us courage to dare tough situations regardless of what and who.

PRAISE AND WORSHIP:
Take praise and worship songs as led by the Holy Spirit

PROPHETIC WORD FOR TODAY:
MAY YOUR CONFIDENCE IN GOD CAUSE YOU TO ACHIEVE THE UNCOMMON, IN THE NAME OF JESUS.

God wants us to have confidence in Him, in all things and at all times. This the assurance we have when we wait upon Him patiently and trust absolutely in His strength and power. We shall not only be victorious over our adversaries but also stand strong believing that God is in us and with us (Romans 8:28).

In today’s Fire Scripture, we read about the popular and interesting story of David and Goliath. Wait a bit and ponder, why is it that all the mighty men present at the war front could do nothing but melted at each boasting and threatening of Goliath, an ordinary Philistine? Not only did he harrass and torment the people with his words, he also weakened their minds and hands such that they felt powerless. He also spoke disdainful words against the God of Israel. What an effrontery and insult against the Lord God Almighty! Goliath was operating in human confidence and ego, but the children of Israel lost all confidence and forgot they have the Almighty Himself on their side, even King Saul!

The same happens when we are confronted with enemies that appear too strong for us. But this should not be so! Rather, refuse to be caught in the web of the enemies threat. When the evil giant comes against you, instead of being fearful, remember the Lord your God and receive boldness against fear. Fear is a thing of the mind. Once your mind is captured, you are crippled from within. It now becomes difficult or almost impossible to make a movement or take an action. That was what happened to the warriors of Israel. They lost grip!

What have you lost grip over? Your life, marriage, academics, business, ministry or your health? The Bible says that as a child of God, when you are standing in righteousness, you must be bold as a lion. That was what David did, as against the mighty men of war, clothed in heavy armour ready for battle, but feeble in the mind. David boldly confessed his victory even before stepping out to confront Goliath. He remembered how the Lord had helped him in time past; he believed that God would still do the same. In fact, he rated the giant to be like one of the wild animals that he killed by the power of God. God saw his confidence in Him and gave him the forehead of Goliath. The giant fell down and died. So shall all your giant enemies fall before you, in the name of Jesus. 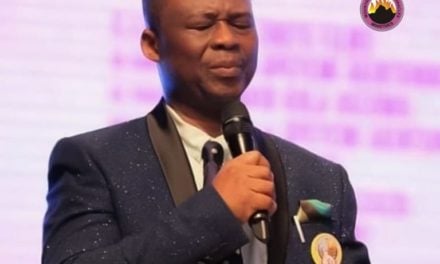 THE RED LIGHT OF PISGAH BY DR. D.K OLUKOYA 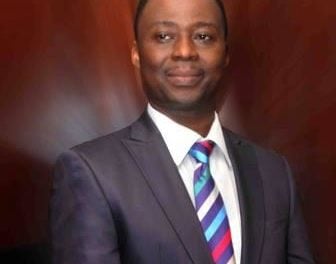 MFM Daily Devotional 23 December 2019 – Your Mouth And Your Destiny