US Group Predicts Jonathan’s Victory: APC was designed to return power to the North 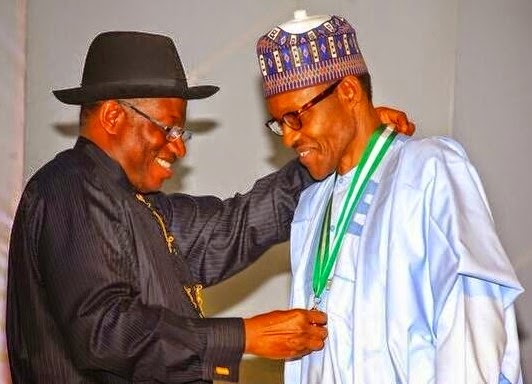 Brookings, one of the world’s most influential think-tank group based in the United States has released a publication in which it claims that President Goodluck Jonathan will win re-election as the All Progressives Congress, APC is a fragile anti-Jonathan setup; THE WHISTLENG reports.

According to the publication titled ”Foresight Africa – Top Priorities for the continent”, ”Though the election is expected to be very competitive, the odds still favor President Jonathan”.

On the APC, Brookings wrote, ”The party is, however, a fragile one that seems united only in its quest to wrest the presidency from Jonathan or to have power returned to the north”.

”The APC gets much of its strength from tap- ping into anti-Jonathan sentiments in the Muslim north and grievances among the Yoruba who feel that the Jonathan administration has ignored them in key political appointments”.

”What remains to be seen, however, is whether Bola Tinubu—a former governor of Lagos State who played a pivotal role in the formation of the APC and is considered to be the party’s strongest mobilizer in the southwest—will be very enthusiastic in delivering the battleground southwest to the APC during the elections”.

”Tinubu indicated his interest in being the party’s vice presidential candidate but being a Muslim like Buhari, the party’s strategists felt that a Muslim-Muslim ticket might offend Christians and cement the PDP’s labeling of the APC as an Islamic party”

The Brookings report also hailed President Jonathan’s performance while adding, ”Post-election violence is therefore likely in the north if the APC loses while renewed militancy in the restive Niger Delta is likely if Jonathan does”.

Another hike in petrol price?

Nkem Says: The Wahala of Dating Outside Your Social Class