Standing Before Kings And Great Men And Women (Part 3)

There are wise attitudes or characters to put up when you are face to face with Kings and great men. Wisdom and knowledge of what to do grants stability and strengthens you especially in challenging times (Isaiah 33:6). Wisdom has a way of packaging someone, while making him or her creative and innovative in the delivery of assigned duties.

When you are face to face with Kings, know that your assessment starts the moment you enter where they are and your first-five minutes are very crucial in determining how long you are going to be in their presence. So put up a winning and compelling attitude that can convince them that you are going to be an asset to them and what they believe in otherwise they will refer you to their subordinate.

Also read: Standing Before Kings And Great Men And Women

When the King refers you to their subordinates instead of concluding with you, know that you have lost an opportunity to seal up a long lasting mutual relationship, which can make access to their presence again a bit difficult if this ever happens. This is because the Kings value their time, so for them to give you a part of it, you must have something worthwhile to engage them. When the King refers you to his subordinate, you will have to work harder to convince the subordinate that you are a fit and proper person to handle the job, because he/she will want to bring in his or her personal interest in the whole issue. This interest could at times be beyond what the call of duty is, which may not be in your favour.

One that is endued with wisdom understands times and seasons to know what to do once face to face with a King or a great man. In 2 Kings 1:9-15, we see the example of wisdom on display by the 3rd captain of Ahab’s army of 50. Divine Wisdom compels us to learn from the mistakes of others. After Ahab sent the first-two bands of armies that were destroyed, the Captain of the third band had to adopt a different strategy to save his life and those of others with him (v v13-14). Divine wisdom which has the capacity to open locked up doors admonishes us not to cast our plans or strategies on iron. Wisdom demands that if circumstances and conditions change, we are equally expected to change our strategies to accomplish desired results.

In that challenge, business, career or relationship you are facing right now, there are those who have gone ahead of you. What were the challenges, areas of breakthroughs, or experiences they had which you can learn from? Do you have mentors? (those who are ahead of you in what you are trying to do?) If you don’t have mentors, you may end up being tormented! There is always a better way to get things done even though others have done it before and failed. The captain of the third army of 50 simply analyzed what happened to the first-two captains and their armies in their bid to appear before Elijah. In order to avoid their costly mistakes, he simply devised a different approach crafted in wisdom, and got a desired result. Only fools don’t learn from what had happened to others.

For instance it is not a display of wisdom to look down on those who work in the courts of the Kings and great men. A wise person should cultivate the friendship of the gateman, the receptionist and messengers of the Kings and not just those who ‘wine and dine’ with the Kings or his immediate household. Ignoring those who are close and have the ears of the King in a bid to deal only with the King is to imperil the relationship. The same people you ignore today may be the people who will open the door to the King’s chambers to you before you are allowed to see the King.

Even in cases where the King may have sent for you, yet these are the people who will determine whether the King will see you or not. They may deliberately refuse to inform the King that you are around or hide your file, even though you arrived before everyone else. So wisdom has a way of making friends with everyone and to be targeted on a defined purpose until the result is obtained.

The truth is that at times, God’s door of glory may come clothed in an ugly garment to test your wisdom, humility, hospitality and patience. You need to be sensitive to recognize same so that your profiting can appear to all.

Winning Wisdom: Delight Yourself In God 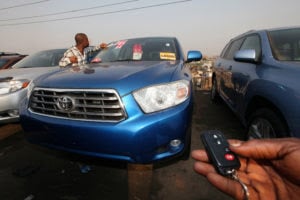 Key Things To Consider Before Buying a Car In Cotonou