“… My wife menstruated for the first time on our wedding night…”

When I met my wife in 2008 and I perceived in my Spirit that she was the one for me, my excitement knew no bounds! But after I had proposed that I wanted to marry her, she dropped the bombshell on me! She asked me, “what if I cannot have children, will you still marry me?” As at that time she had not even said yes!

I quickly dismissed what she said as a man of faith and I said “God did not tell me that my wife won’t be able to have children, so change your words.”

She smiled and said “I know what I am talking about and I don’t want to build my marriage on lies.” She then told me that something significant happened to her when she was 8years old and she later discovered that what happened to her was spiritual with the intention to prevent her from having children in the future. She did not tell anyone even her parents until the mom knew while she was praying at her friends.

She continued by telling me that by the time she was sixteen years, she was not seeing her monthly bleeding as a lady and it has continued till I met her. She went on to say that it was told her mum that the person who attacked her did a spiritual damage to her so that he can be rich and my wife will not have children!

Inside my heart, the struggle began! I had to be sure if I actually was going to marry her with all she told me! Fortunately, I traveled to Abuja that week and I went to my usual private spot to pray at Papa’s ground in Kubwa.

I laid before the Lord and asked the Lord to guide me on what to do and the Holy Spirit spoke to me again like He did when I first met her and assured me that she will have children and that He will give me a sign on our wedding day!

I eventually told her to stop worrying about what anyone said because God has spoken to me and if she decides to marry me, I am certain we will have our own children! She eventually took about four months to conclude and then she said yes. But the struggle began immediately with so many spiritual attacks against the two of us, we almost lost our lives before the wedding.

On our wedding day August 29th, 2009, something unusual happened, her menstrual period just suddenly started out of nowhere. This was something she had not seen in almost two years and that time it was because she took a medication. I knew it was the sign that the Lord promised me, so I knew I was not making any mistake!

By December 2010, my wife was sick but by January ending of 2011, we got a great news that my wife was pregnant. We kept the news to ourselves and we continued to praise God. On February 15th, 2011 which was her birthday, I had planned a surprise birthday party for her while she went to see her Doctor so I told her to meet me where I was!

As soon as I saw her, I knew something was wrong! I ran to her and asked if she was okay, she hugged me and wept quietly! The doctor had just confirmed to her that we had “missed abortion” which means that there was no heartbeat! I told her no, it was a lie, we will go for another ultrasound and we did but it actually confirmed what we were told! We both managed to go through the surprise birthday hiding our tears!

From that moment on, we tried and tried, we went to several specialists, nothing happened! We were prayed for severally and there was always a constant word from the Lord that He will bless us with children! We tried IUI twice in Nigeria but nothing happened!

We soon moved to the US and we said to each other, at least we can take advantage of the advanced medical facilities in the US for conception so we began to try again. We went to the best specialists that we knew and tried until we became heavily indebted! At that point, we decided to stop worrying about children and just keep serving the Lord.

So in 2019, we went back to see the doctor and she told us that even if we do an IVF that there was no guarantee that it will work because it’s all in God’s hands. She told us that there were families who had done IVF eight times and never got pregnant, so she said that we should pray and trust God to bless whatever efforts we put in this time!

So we decided to go on with the medical help again but this time we decided not to pray about it. We just called on five of our friends to join us in raising an altar of Praise for seven days. We approached my mentor and his wife who administered the Holy Communion to us with Mummy. She specifically declared while laying her hands on my wife’s womb that we were going to have twins. Several of our Fathers in the Lord both here and in Nigeria were moved by the Lord to pray for us at this period. Thus, we knew it was time, we just continued to praise God for answering our prayers.

I was in a conference last year at Saddleback Church when the doctor called me in a video call that my wife was pregnant with triplets! That was exactly what we asked from the Lord, I have no words to explain my joy! But from that moment, the enemy did everything to manipulate and intimidate us but the Lord who gave us victory in Christ Jesus was with us through the entire process.

By the time my wife went for the second ultrasound, we were told that we had lost the third baby. It was painful but we just kept praising God for the remaining two babies.

On the day my wife’s pregnancy reached 21 weeks, it was a hot Saturday afternoon, she suddenly began to see water flowing! We quickly called the doctor who told us to start coming to the hospital right away. By the time we got there, the water flow did not stop! The doctor checked her and broke the news to us, one of the babies’ water bag had ruptured!

Within a few minutes, a team of four doctors approached us and told us that they are really sorry because with what happened, my wife will soon go into labor within the next ten days and if she does then the children will be miscarried because at 21weeks, there is no medical support they can give them. The doctor also told us that if my wife could carry the pregnancy to the 23rd week, then she can come back to the hospital and if she had the children then, the hospital have enough facilities to support the children at that age! They also explained to us the risk of infection and the various medical issues that our babies can have if they are born that early! This was one of the best children medical hospital in the world.

The doctors told us that a Chaplain will come and counsel us through the grieving process. It was so unreal! Faith in me just rose up and I said to them, we don’t need any Chaplain and that we will not grieve or mourn over the children. As soon as they left, I held my wife’s hands and we praised the Lord and wept together.

As we were rounding off our prayers, a nurse came in and told us that we should just have faith that she has seen that happened before and the person still carried the children to 32 weeks. She was the voice of God we needed to hear at that moment. Our faith was boosted and we reached out to my Church Pastor, our friends, mentor and Pastors to pray with us and a host of others raised altars of prayer for us.

My wife and I decided against praying in fear so we decided that we will continue to praise God! We needed God to keep the pregnancy in there, so we daily praised God! “I raise a hallelujah “ became our main song!

Yes God did it, my wife carried the pregnancy for another six weeks and on the day the pregnancy clocked 27 weeks, our Elijah and Elisha came! Elijah was 2pounds, Elisha was 1pounds 3 ounces. They were both tiny and small! We both were just joyful that God kept them. I did not even see how small they were because of the joy that filled my heart. Then a new journey began

The doctors kept working night and day with the nurses to help the children navigate those delicate moments. After three months, Elijah came home to us and after 5 months Elisha came home to us!

Today as we celebrate the 6th month that God brought Elijah and Elisha to us, we cannot but testify to God’s goodness and mercy over us, making us a living testimony of His unlimited power and grace! To God be the glory, great things He has done!

I have written this to encourage someone out there not to give up and trust God who will never fail!

I hope this encourages your heart? 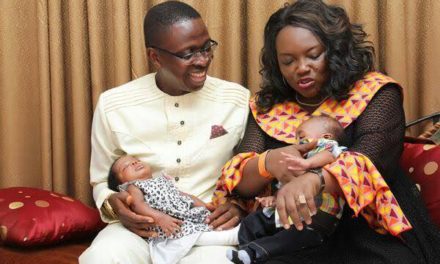 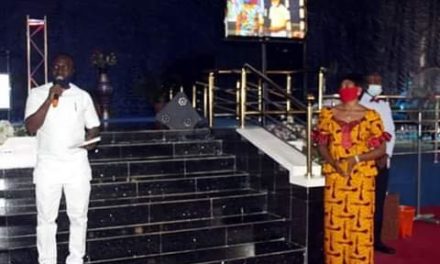 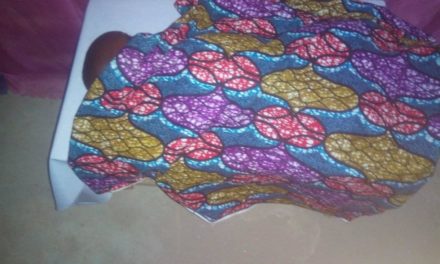