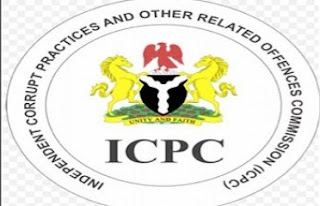 These are not comfortable times for some ‘super rich’ civil servants as they are said to be rushing to sell their choice houses and state-of-the-art automobiles in order to avoid losing the properties to the President Muhammadu Buhari’s anti-graft crusade.

Already, the Independent Corrupt Practices and other related offences Commission has reportedly confiscated some buildings said to have been owned by public servants whose earnings are said not to support ownership of such grand structures.

Punch correspondents learnt on Tuesday that some civil servants now bombard estate agents in the Federal Capital Territory in order to aid the quick sale of their properties, while financially buoyant buyers were said to have started cashing in on the development.

One of Punch correspondents gathered that the sale of properties in Abuja since the new administration came on board had increased by about 30 per cent.

In fact, it was learnt that property sales in the FCT increased “tremendously” within the past four weeks, in contrast to the lull that characterised the sector from January to May this year.

Real estate agents in the Federal Capital Territory told The PUNCH that the increase could be attributed to the recent probes of government officials and the resultant confiscation of their properties by the ICPC.

ThePUNCH had reported exclusively a few weeks ago that the ICPC would commence a clampdown on very wealthy civil servants.

On August 16, SundayPUNCH reported that the ICPC had seized 24 landed properties that belonged to three officers of the Niger Delta Ministry.

It stated that the properties were seized because they were “excessive of the emoluments of the affected officers.”

The commission had also explained that the properties were seized in pursuant to Section 45 (4) a – (b) of the Corrupt Practices and other Related Offences Act 2000.

The ICPC had, among others, said, “Whereas the commission is investigating a matter involving some staff of the Niger Delta ministry, wherein certain movable and immovable properties owned by the said staff are in issue. And whereas the commission is of the opinion based on the aforementioned investigation that these movable and immovable properties owned by these people who are staff of the Ministry of Niger Delta Affairs are excessive, having regard to their present emoluments and all other relevant circumstances.

“The commission hereby notifies the entire public that all movable and immovable properties owned by these staff and listed hereunder are seized.”

Real estate agents that spoke with Punch correspondents explained that some private individuals had started consulting real estate agents, requesting assistance in disposing of their properties.

“The probe has created panic. Private persons now consult us, requesting our assistance in helping them sell their properties. Of course, they won’t say they are trying to avoid probe, but most of us know that that is what they are avoiding,” an agent and member of the Real Estate Developers Association of Nigeria, who pleaded not to be identified, said.

When contacted, the immediate past National President/Chairman of Council, REDAN, Chief Olabode Afolayan, said that the property sector had witnessed an unprecedented boom in the sales of properties in the past few weeks.

When asked if the rise in sales of properties could be attributed to the anti-corruption stance of the President and the recent sanctioning of some civil servants, he said “that might not be far from the truth.”

Afolayan said, “That might not be the case with estate developers because we are not government officials, rather we sell our own properties. But for owners of existing properties who are beginning to offload their belongings, then it might be for the reason not too far from what we are experiencing now, in which we have a government that is going to be proactive in addressing corruption and is not going to condone any form of negativity that will affect the system.

Afolayan’s successor and incumbent President of REDAN, Mr. Ugochukwu Chime, told one of Punch correspondents that it was expected for the sales of properties to increase, adding that many government officials of the past administration might want to dispose of their properties now.

He said, “We have not done any study now. However, it is a seasonal thing. Some of the officials of the past government will not want to leave Abuja just like that, it is not possible. Those who are coming with the new government have moved massively into Abuja and they are willing to buy.

“Those of the past government will want to sell their properties to either meet their needs or may do so not to leave Abuja just like that.”

The FCT Chairman of REDAN, Mrs. Binta Ibrahim, said she could not attribute the haste by civil servants to dispose of their belongings to probe, but noted that the sales of properties had increased.

“People are buying properties and sales have increased since the new administration came onboard, particularly in recent times. However, I cannot say if those selling are civil servants who are trying to avoid corruption probe by the President or not,” she said

Meanwhile, the Association of Senior Civil Servants of Nigeria has applied to the ICPC for information on civil servants alleged to own properties worth billions of naira.

The union said that it asked the anti-graft agency to furnish it with the details of civil servants that were discovered to have used proceeds of corruption to purchase properties in Abuja, Lagos and other cities of the country.

The General Secretary, ASCSN, Bashir Lawal, said this on Tuesday when Punch correspondent asked him to react to the ICPC report in which many civil servants were alleged to own high net worth and choice properties.

Lawal declined to comment on the report, saying the union needed to see the content of the ICPC report before it could offer a response to it.

“We have called for details from ICPC; when we get the details, we will react appropriately.”

A Cue For Buhari On Electricity Crisis